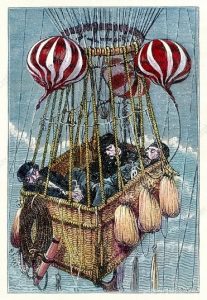 “One becomes indifferent, one thinks neither of the perilous situation nor of any danger.”

Actually, he was writing about his experience of becoming starved of oxygen during an ascent to 28,000 feet. Both of his companions died.

Hypoxia from decompression at altitude is a well-known threat to the modern pilot. What is less understood is the menace of oxygen deprivation caused by carbon monoxide poisoning.

The recent findings of the investigation into a seaplane crash on the Hawkesbury River on New Year’s Eve in 2017 found carbon monoxide poisoning to be the cause of the accident.

Sadly, this is not an isolated accident. Analysis of toxicology samples from fatal U.S. aircraft accidents between 1967 and 1993 show that at least 360 victims had been exposed to sufficient carbon monoxide to impair their abilities.

Human Factors Training Solutions has produced an online module examining carbon monoxide poisoning. The module looks at how carbon monoxide affects the body, the symptoms to look out for, and some strategies to minimise risk. It is available FREE to all RAAA members. Please contact info@hfts.com.au

HFTS have also produced a module which looks at the HF implications for mitigating risk associated with the COVID-19 virus. It draws on information from CASA, CAA (NZ & UK) and EASA. This module is also free for RAAA members.

These are difficult times in our industry. With training pushed out of the classroom for now, online programs are an effective and efficient alternative. Hopefully these two new modules will prove useful in mitigating some risks in your operations.