From the Left Hand Seat 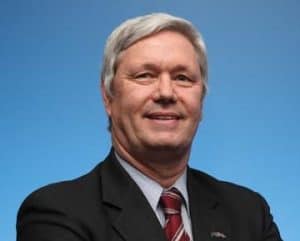 The COVID19 pandemic continues to march onwards and is proving to be more contagious than previously thought with the result that we are seeing it spread across the world and in many cases re-emerging when Governments start to ease restrictions in an effort to revive devastated economies. Australia has coped better than most albeit with a couple of serious mistakes like the Ruby Princess affair and the unforgiveable mishandling of Victoria’s hotel quarantine.

The debacle in Victoria in particular has had ongoing consequences which has badly affected RAAA members and much of the aviation industry. Apart from tragically costing hundreds of lives, it has necessitated a stage 4 shutdown in Melbourne with devastating consequences for Victoria and for the national economy. Many businesses have suffered further reverses as a result, and many will not survive. In the aviation sector it has meant the closing down of all flying training schools despite the fact that they are an essential part of allowed aviation activities and a component of the VCE education system where the Premier has promised on more than one occasion that no VCE student would be disadvantaged. The RAAA is assisting in the lobbying effort to try and get this decision reversed but it is a prime example of the confusion that exists when Governments are making up rules on the run and at the same time running scared of doing anything that would inflame the COVID emergency.

The damage is compounded when other states consequently close their borders which has a knock on effect for businesses outside of Victoria that rely on interstate commerce. While closing borders with Victoria is completely understandable other border restrictions are hard to justify. It is not made any easier with NT, Queensland and WA facing elections in the near future and the polls showing voters in favour of border closures.

It does raise the question of a lack of consistency and policy with State and Territory Governments all running their own agendas and no clear indication of what justifies a border closure or indeed what is needed to re-open a border. As a result there is much uncertainty for those businesses that rely on free trade across state borders. Many RAAA members are adversely affected by this. Alan Joyce addressed the issue of state border closures in his annual report to Qantas shareholders and one can only wonder what the impact has been on Qantas Domestic, Virgin and Jetstar of closed state borders. Why are tourists and family members prohibited from entering WA when originating from SA or the NT? This is but one example of border restrictions that make no sense.

A4ANZ (Airlines for Australia and New Zealand, comprising Qantas, Virgin, Rex and Air New Zealand) have been advocating for a national policy on border closures through the National Cabinet and have proposed a model which specifies a framework to guide the increasing or decreasing of border controls. We can expect this campaign to gain momentum and the RAAA supports this and will also be involved.

It is essential to have certainty and consistency over the imposition or removal of border controls. Unfortunately many of the measures imposed to date appear to have been arbitrarily selected, with controls and timeframes in place that ignore the evidence. As a result there is now significant variability in the administration of border controls, with a misalignment of processes for border pass applications, quarantine requirements, and essential worker exemptions.

As well as aviation many other major industry groups are involved and their businesses adversely affected. Tourism, mining and agriculture are just some of the industry groups that will also have a stake in rationalising our border restrictions. No-one can argue with the current controls on our international borders, or the isolating of Victoria until they regain control of the virus, but many of the other border restrictions need examination.

Another unfortunate consequence of the Victorian outbreak is the postponing of our planned roadshows for the foreseeable future. We will be monitoring this and the RAAA office will continue to keep you updated on our future plans. At this stage a convention is looking unlikely for next year, given the long lead time needed to plan it, which makes it all the more important to schedule our roadshows as soon as it is safe to do so.

We can only hope and pray that the situation in Victoria stabilises as quickly as possible and that we do not have a repeat event.